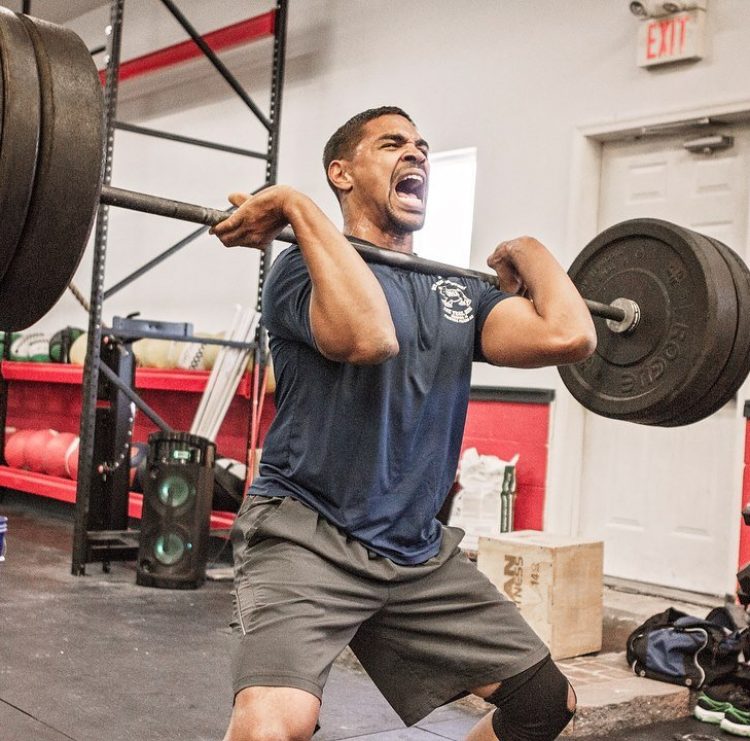 My background is pretty straight forward: I like sports, ha. In high school I played soccer, ran track, and played basketball. In college, I continued to play soccer. After sustaining an injury that removed soccer from the foreseeable future, I recovered and began to run. I didn’t run in college—I started that journey after. Running allowed me to still be a part of something competitive while also providing me an opportunity to continue to push myself (I like competition…). As a recreational runner, I did well. Lots of local race wins from 5k up to the half marathon, couple sub-3hr marathons and BQ (Boston Qualifying), sub-60min 10mi times, low 16min 5ks…yadda yadda yadda—(fishing for compliments much?). Back to CF. CF looked enticing, but I was always reluctant to give it a try. I constantly had an excuse. My two main go-to excuses were my running and people rubbing me the wrong way. Long story short…my running slowed down, and I found a place where people rubbed me the right way…??…To put it more appropriately, I found a place with great members and great coaches.

(Side note: I came to a promotional group class on Saturday, January 6th, 2018. After that class I was hooked. I signed up the next day and came practically every day for the next 30 days.)
Started CF… Snatch what?! I came into Limerick Athletics in great shape (or at least I thought I had a good fitness foundation) and with no Olympic Lifting experience. I remember one of my first workouts: Death-By Burpee Toe-To-Bar. I was having more success with the Death part than I was the Burpee Toe-To-Bar portion. Let’s just say that was on par with my first go at overhead squats (in the ’18 CrossFit Open). Each workout brought to light my weaknesses and, more importantly, opportunities for growth. CF allows me to continually push the boundaries of my fitness in a competitive, supportive group atmosphere.

I was speaking with one of our athletes about his goals and he said he had two goals: (1) to be the best physically fit version of himself he could be, and (2) to meet some good people and make new friends. My response: if you put in the time, you’ve found the perfect place to achieve those goals.